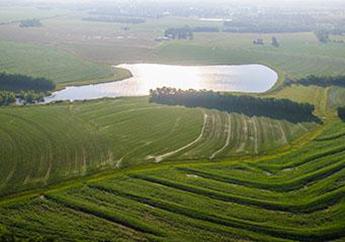 The Soil and Water Conservation Program administers the policies and general programs developed by the Missouri Soil and Water Districts Commission for saving soil and protecting water quality on agricultural lands.

The Soil and Water Conservation Program assists farmers and landowners with soil and water conservation by providing partial reimbursement for a number management practices. These voluntary practices are designed to address areas such as grazing, irrigation, woodland, pest and nutrient management, animal waste, ground and surface water, and soil erosion. With 50 different practices available, the Missouri Soil and Water Conservation Program can help farmers and landowners with a variety of common issues.

Other program activities include administering district grants and educational programs. The program provides direct assistance to the county soil and water conservation districts through grants and training that support district staff and other administrative expenses.

Missouri citizens have shown strong support for soil and water conservation and state parks by passing a one-tenth-of-one percent Parks, Soils and Water Sales Tax. The tax was first approved by voters in 1984, and has since been reapproved by at least two-thirds of Missouri voters in 1988, 1996 and 2006. In 2016, the tax was approved by 80%, passing in every county. Half of the sales tax is deposited in the Soil and Water Sales Tax Fund for saving soil and protecting the water resources of the state of Missouri. Since the initial passage of the Parks, Soils and Water Sales Tax, Missouri has prevented more than 179 million tons of soil erosion improving the state’s water quality and keeping farmland productive. 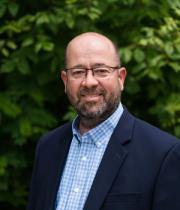 Kurt began working for the department in 1996 and brings to this role extensive experience with the agriculture community both within Missouri and regionally. He has been active in the national discussions on Gulf hypoxia and nutrient reduction and has been instrumental in developing Missouri’s Nutrient Loss Reduction Strategy. He served for seven years as the department’s Agricultural Liaison, and has previous experience working in the Soil and Water Conservation Program, and in the Federal Facilities Section of what is now the Environmental Remediation Program.