History of the Parks, Soils and Water Sales Tax 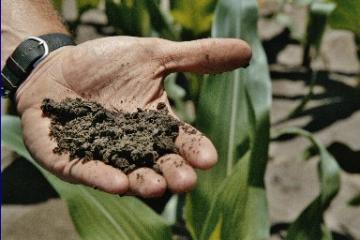 It was cultural anthropologist and academic Margaret Mead who once said, “Never doubt that a small group of thoughtful, committed citizens can change the world; indeed, it’s the only thing that ever has.” This is certainly true when it comes to the efforts behind the Parks, Soils and Water Sales Tax and the Conservation Sales Tax. And in telling the story of the Parks, Soils and Water Sales Tax, It indeed is a story of just a handful of people, working to obtain funding to address soil erosion in Missouri, though it eventually was accomplished by the coordinating efforts of thousands of people throughout our great state.

Once upon a time, there was significant soil erosion in this state. In fact, Missouri had the second highest erosion rate of any state in the Union. In order to address this plight, In 1982, Rep. Jerry Burch introduced a bill to take half of the 1/8 cent conservation tax to address soil erosion problems. Many believed the bill was doomed from the start; however, the bill passed on the floor of the house.

At that time there was a gentleman by the name of Merle Doughty (pronounced “Dough”ty) from Livingston County who was asked to testify before the Senate on this House bill. Merle had testified many other times in Washington D.C. and Missouri in his quest to gain funding and support to address soil erosion in Missouri.  As the story goes, immediately following the failed senate vote, which drew quite a crowd, Representative LeRoy Braungardt, 49th district from Moscow Mills, approached Merle and said “Merle, if you will get in and work as hard to help me as you did on this bill, I will introduce a 1/8 cent sales tax of our own to address the erosion problems in Missouri.”

This was a much better plan than using half of the critical funds that the citizens of Missouri had already determined they wanted to go toward forest, fish and wildlife conservation efforts in Missouri.

Also during this time our beloved state parks system was reeling from tremendous federal budget cuts and the inability to fill the gap of the reduced funding. The maintenance of buildings and equipment were the first to go with the reduced budget, and our beautiful parks and sites were falling into disrepair.

Soil conservation and state park operations may have seemed like the proverbial odd couple, until you examine their common, but double-edged challenge. Both serve the entire population of the state of Missouri. Both encourage greater use of their respective natural resources. Yet both are required to protect those same resources from overuse, damage or potential depletion. Dividing the tax between the two efforts seemed to make the most sense.

A Citizens Committee for Soil, Water and State Parks was established in summer 1983. This group would be responsible for raising funds and gathering supporters for the sales tax that was placed on the August 1984 ballot as the Soils and Parks tax – Constitutional Amendment No. 2.

How did the committee share information about Constitutional Amendment No. 2? You name it … they did it - brochures, displays, booths, fairs and festivals, billboards, yard signs, flyers, newspaper, radio and tv ads, stories and editorials, presentations to service clubs, civic groups, chamber of commerce’s, Marlin Perkins, host of the Mutual of Omaha’s Wild Kingdom agreed to be the honorary chairman of the committee and completed two public service announcements, slide shows displayed at local movie theaters, bumper stickers, caps, t-shirts, mailings and special events.

Missouri citizens have shown strong support for soil and water conservation and state parks by passing the one-tenth-of-one percent Parks, Soils and Water Sales Tax. The tax is placed on the ballot every 10 years to reaffirm the voter’s support of the park system and soil and water conservation efforts. The tax was first approved by voters in 1984, and was reapproved by two-thirds of Missouri voters in 1988, 1996, 2006 and 2016. In 2016, the tax was approved by approximately 80 percent, passing in every county.

Half of the revenue from the tax is used for saving soil and protecting the water resources of Missouri. The majority of the soil and water portion of this tax is used to assist agricultural landowners through voluntary programs that are developed by the Soil and Water Districts Commission and administered by the Soil and Water Conservation Program through district boards in each of the 114 counties.

Missouri farmers, supported by over $772 million from the Parks, Soils and Water Sales Tax since 1984, have voluntarily implemented more than 255,000 structural and management conservation practices for cropland, hayland, pastureland and woodlands.

Missouri’s soil and water program is a role model for the nation. Other states envy Missouri for our dedicated tax and support to promote good farming techniques that help keep soil on the fields and our waters clean.

Missouri’s award-winning state park system would not be possible without the commitment and support of many partners, including organizations like Conservation Federation of Missouri, and of course the public’s support of the Parks, Soils and Water Sales Tax. The tax continues to allow our Missouri State Parks to remain free and open to all visitors and continued maintenance and improvements are needed to ensure those visitors have the best experience possible.