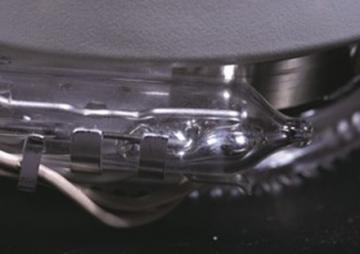 Mercury is a naturally occurring element found in rocks, soil, air and water. For centuries, mercury's unique properties have made it an interesting and useful metal. However, mercury and mercury-containing devices are a potential hazard. A small amount of mercury spilled on porous materials like cloth, carpet or wood, or trapped in a floor's cracks and drains can expose everyone in the area for months or even years. Cleaning up mercury spills correctly is very important for the health and safety of children and adults.

Elemental or metallic mercury - is a shiny, silver-white metal and is liquid at room temperature. A cup of mercury weighs about 7 pounds, nearly 14 times heavier than a cup of water. It is used in thermometers, fluorescent light bulbs and some electrical switches. At room temperature, exposed elemental mercury can evaporate to become an invisible, odorless toxic vapor.

Inorganic mercury - takes the form of mercury salts and is generally white powder or crystals, with the exception of mercuric sulfide (cinnabar) which is red. Inorganic mercury compounds have been included in products such as fungicides, antiseptics or disinfectants.

Learn more about how to minimize mercury exposure and prevent mercury pollution and reduce mercury releases into the environment. This information identifies where mercury might be found in industrial, commercial and household settings, and lists safer alternatives to several mercury-containing products.