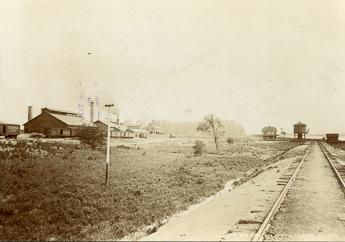 Mining activity in Missouri began as early as the 1740s. Early settlers used the state's economic reserves of lead, iron and industrial commodities such as limestone, sand, and gravel. Coal mining in the state began in the 1840s. Such mining went virtually unregulated until 1971. By then, more than 100,000 acres of timber and agricultural land had been affected by mining. Missourians were left with a legacy of acid mine drainage, dangerous highwalls, hazardous water impoundments, dangerous mine openings, barren spoils, coal waste, soil erosion and stream sedimentation.

Missouri enacted legislation in 1971 to offset the effects of mining. Senate Bill 1 regulated coal, tar sand and barite mining. The same year House Bill 519 was passed to regulate limestone, sand, gravel and clay pits. The U.S. Congress enacted a comprehensive coal mine law, Public Law 95-87, in 1977. This law, also known as the Surface Mining Control and Reclamation Act, placed heavy restrictions on the conduct of coal mining. In 1978, the Missouri Legislature amended Missouri's Strip Mine Law to conform to the requirements of that act.

In 1982, the Missouri Legislature passed the Surface Coal Mining Law (Chapters 444.800 - 444.970) to update the Strip Mine Law. The most significant changes were to the permitting process. Coal companies were required to submit baseline information on the hydrology, geology, fish and wildlife, soils and cultural resources of the proposed mining area and a detailed description of the proposed operation and reclamation plan. The most significant change to the reclamation requirements was that prime farmland soils must be removed and replaced to a 48-inch depth. These requirements, known as the Permanent Program Law, continue in effect to the present day.

In 1989, the Missouri Legislature passed House Bill 321, which was known as the Metallic Minerals Waste Management Act to regulate the waste produced from metals mining. This is principally lead and iron in Missouri. The Land Reclamation Program has been assigned to coordinate the regulatory activities needed to complete this task of regulating mine waste management.

The Land Reclamation Act and the regulations governing tar sand and barite mining remained essentially unchanged during the evolution of the coal mining standards. However, in 1990 House Bill 1584 amended the Land Reclamation Act to encompass all industrial mineral surface mining activities. This includes limestone, sand, gravel, clay, tar sands, barite, sandstone, granite and traprock. The law requires a mining permit to provide a much more thorough description of the method of operation and reclamation. Time frames in which to complete reclamation also were addressed. Bonding fees were significantly increased to ensure that the state could complete reclamation in the event a permit is revoked. Grading to a traversable topography as well as the replacement of 12 inches of topsoil was also required. Finally, this law created an opportunity for the public to review and comment on permit applications.