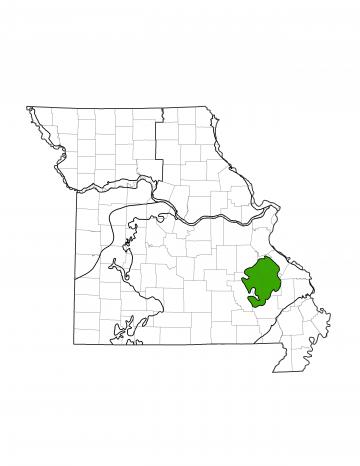 Missouri is divided into eight different groundwater provinces, each with its own unique hydrologic characteristics. The St. Francois Mountains Groundwater Province is located in the southeastern portion of the state. The province includes parts of Iron, Madison, Reynolds, Ste. Genevieve, St. Francois, Washington, and Wayne counties. At approximately 1,300 square miles (2.4% of Missouri), this is one of the smallest groundwater provinces in the state.

In this province, a majority of water is used by municipalities for drinking water and industry. Water also is used for agriculture and hydroelectric power generation. Surface water is limited in the St. Francois Province, and most water used is groundwater. Communities such as Farmington, Bonne Terre, and Fredericktown primarily rely on groundwater for everyday use.

The geology of the St. Francois Province is dominated by the exposed Precambrian-age igneous rocks of the St. Francois Mountains and the surrounding Cambrian-age sedimentary rocks. The St. Francois Mountains are the oldest rocks in Missouri. They are an exposure of the Precambrian basement that lies beneath the entire state. While there are other types of igneous rocks, these are primarily composed of granites and rhyolites, and are best viewed at Elephant Rocks and Johnson Shut-Ins state parks. Deposited over the igneous basement are Cambrian sedimentary rocks. These units were raised and then partially eroded away when the St. Francois Mountains formed, and are found in rock outcrops throughout the province. The formations of the Cambrian are mostly dolomites with some units of sandstones and shale. The physical properties of these rocks determine their hydrological characteristics. 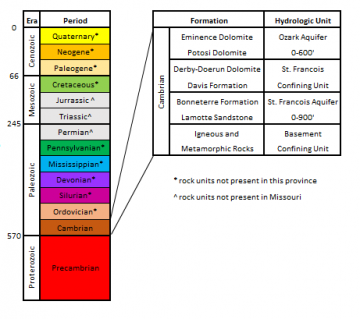 Precambrian rock units in this province typically have very few pore spaces and do not allow water to flow through except along fractures. Due to this small amount of water movement, these units are considered a groundwater aquitard, and are referred to as the Basement Confining Unit. Other than a few local areas where fractures are capable of producing usable amounts of water, the Precambrian rocks are not a significant source of groundwater.

In this province, the Ozark Aquifer is composed of the Potosi and Eminence dolomites. While Ozark Aquifer water is heavily used in other areas of Southern Missouri, it has low yields in the St. Francois Province and is mainly used as a source of water for private domestic wells. 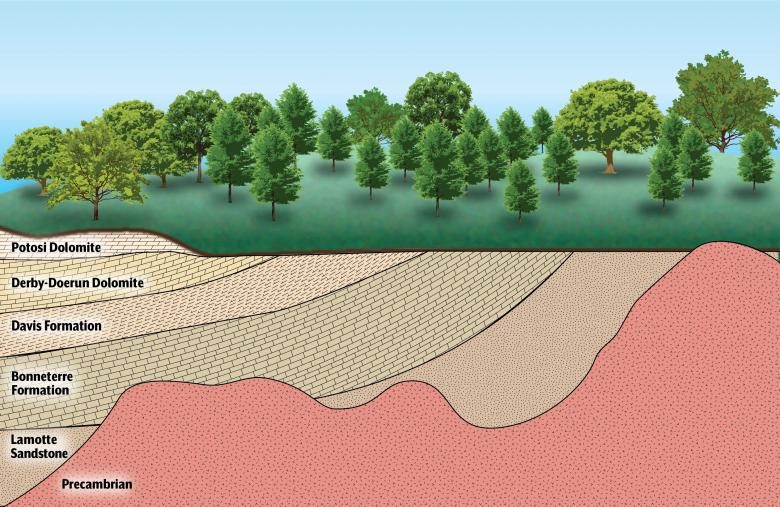 Most water produced from the St. Francois Aquifer is from the Lamotte Sandstone and generally is of good quality, with relatively low total dissolved solids. Radionuclides may be present in the water, coming naturally from weathered igneous Precambrian rocks. Higher levels of radionuclides occur locally in the eastern part of the region in Madison and St. Francois counties.

Water in this province is at greater risk of contamination than other areas of the state. Aquifers in the St. Francois Province are relatively thin, flow slowly, and have a low recharge rate (rainwater trickling down to the groundwater table), making it more difficult for contaminants to leave the water system. These aquifers are heavily relied on for daily use, as alternative water sources are more expensive. It is especially important for the St. Francois Province that potential pollution sources are monitored or removed.