Groundwater is one of Missouri’s most vital natural resources. Missouri's groundwater resources vary greatly across the state and are tied closely to the geology of the various regions. The state’s geology is composed mostly of sedimentary rocks like sandstone and fractured limestone and dolomite. These strata serve as substantial groundwater reservoirs. Because of this, much of Missouri contains an abundance of fresh, drinkable groundwater available for use. 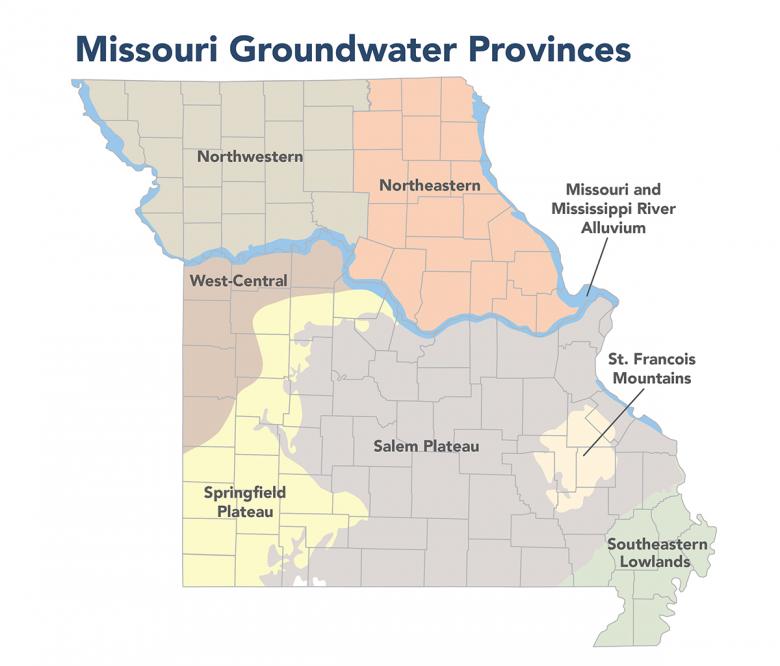 Missouri has significant, high-quality groundwater resources, which the department is charged with protecting from potential contaminants and safeguarding for current and future uses. Tronox LLC owned and operated two woodtreating facilities in Missouri, one in Kansas City and one in Springfield. Operations at both Tronox facilities resulted in area groundwater contaminated with creosote. For more information about the facilities, visit Greenfield Environmental Multistate Trust LLC – Kansas City and Greenfield Environmental Multistate Trust LLC – Springfield.

When hazardous wastes and hazardous substances are released to the environment, the parties responsible for the release are also responsible for injuries to natural resources resulting from the release, including Missouri's groundwater resources. Restoration activities are part of the ongoing Natural Resource Damage Assessment and Restoration (NRDAR) process under the Comprehensive Environmental Response, Compensation and Liability Act (CERCLA), commonly known as Superfund.

The department has the authority to recover monetary or other damages from parties responsible for injuries to natural resources resulting from the unlawful release of hazardous wastes or hazardous substances to the environment. Natural resource damages monies received, either through litigation or negotiated settlements, must be used to restore, replace, rehabilitate or acquire the equivalent of those natural resources injured and natural resource services lost.

The department recovered funds from Tronox LLC/ Anadarko for natural resource damages to groundwater due to its facility operations in Kansas City and Springfield. Of the one million in settlement money committed, $500,000 was allocated for each area. The department uses the funds from the Tronox settlement to implement restoration projects designed to restore, protect and preserve the state’s groundwater resources in the Kansas City, Missouri, Metropolitan area and Springfield, Missouri area. These projects restore or benefit groundwater including karst, riparian corridors, streams and wetlands.

Following completion of the restoration plan, the department released two Requests for Proposals in September of 2016, asking for applicants to implement compensatory groundwater restoration projects. The goal was to solicit interested parties and award funds to an entity or entities whose projects restore or benefit groundwater, including karst, riparian corridors, streams and wetlands, in the Kansas City and Springfield areas. For information about the projects that received funding, review the Current Projects tab above. Learn more about the state of Missouri's groundwater.

For information about any upcoming events, public notices and opportunities for public comment relating to this region, visit What's New in NRDAR.

For information about any upcoming events, public notices and opportunities for public comment, visit What's New in NRDAR.

Acquisition and restoration project to improve the Jordan Creek aquatic and riparian area.

Project to protect karst areas and losing streams near the South Dry Sac River, within the city of Springfield.