Traveling Across Missouri in an Electric Vehicle Made Easier 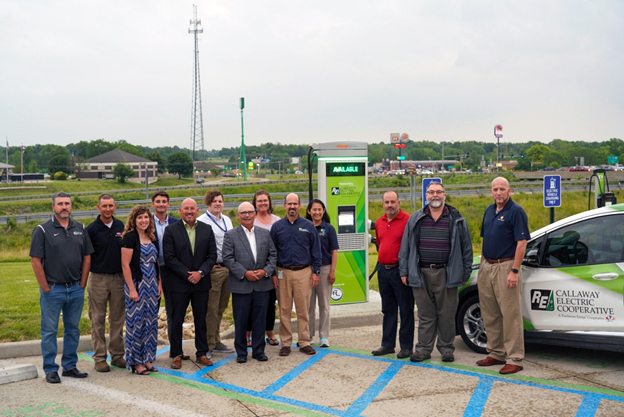 Finding locations to recharge your electric vehicle while traveling across Missouri may have felt like a game of hide and seek in the past. Finding a nearby charging station today, however, is getting easier thanks to the department’s Volkswagen Trust Funds.

Missouri received approximately $41 million in trust funds for mitigation projects to be distributed over several years. Approximately $6 million (15%) of Missouri’s allocation was dedicated to creating a network of electric vehicle charging stations.

With an overall goal of reducing oxide emissions from mobile sources, the department began by holding a series of meetings with a citizen stakeholder group. During the meetings, stakeholders helped identify 13 viable sites across the state where charging stations could be placed near highway intersections. Together these sites would comprise a minimum practical charging network.

As of October 2021, five sites are operational with the remaining eight dedicated and moving forward through development. These stations will play an important role in ensuring electric vehicle owners will be able to travel across major highways in the state without having to seek for their next charging location.