Pesticide Collection Program on Track for a Record Year 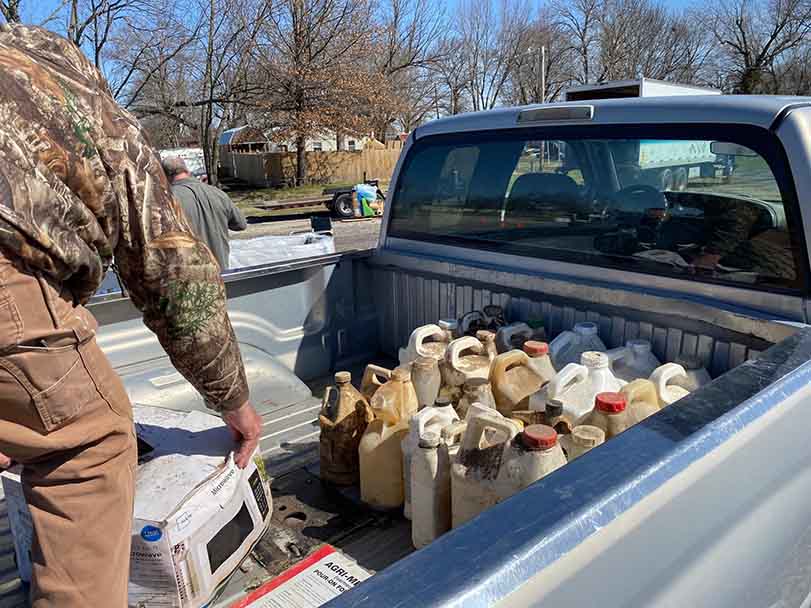 The department's Pesticide Collection Program is on track to break its record for the most waste pesticide collected in one year. The pace was set when the single-event record was broken at this year’s first drop-off event March 12. 2022, in Portageville when more than 90,000 pounds of pesticide was collected.

“Securing tons of these chemicals each year is a resounding victory in the shared effort to protect Missouri’s natural resources,” said Dru Buntin, director of the Missouri Department of Natural Resources. “This effort highlights just one of the many ways our department strives to realize our vision of improving Missourians’ quality of life.”

Pesticide is the umbrella term for agricultural and gardening chemicals including insecticides, herbicides, fungicides, rodenticides and many more. Participants regularly drop off decades-old pesticide, some of which are now banned, including DDT, chlordane, lindane, 2,4,5-T, toxaphene, lead arsenate and dieldrin. Collected pesticide waste is transported by a licensed hazardous waste transporter to a permitted hazardous waste incineration facility for proper disposal.

Only Missouri farm and household pesticide waste can be accepted into the free program; commercial pesticide waste cannot be accepted. The free drop-off events offer a great opportunity for participants to rid their property of pesticide waste that could otherwise be left abandoned, leading to leaking containers and labels falling off containers. This could result in mishandling of these chemicals, accidental environmental contamination and even potentially serious exposure for children and pets. For more information about upcoming collection events and the collection program, visit Missouri Pesticide Collection Program.