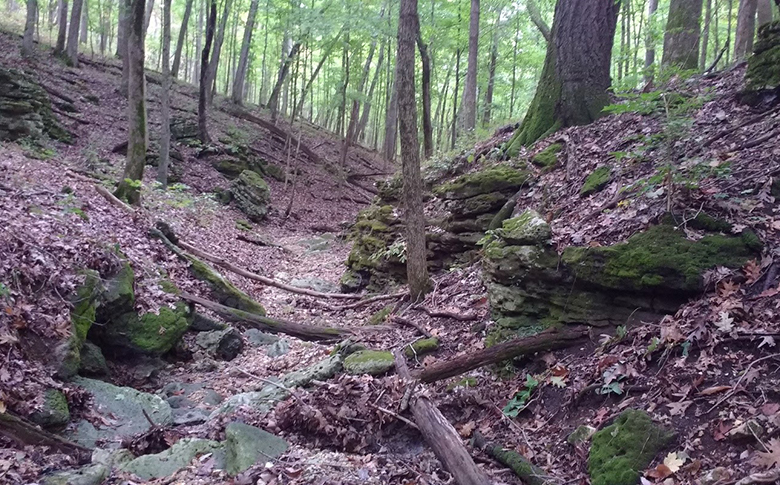 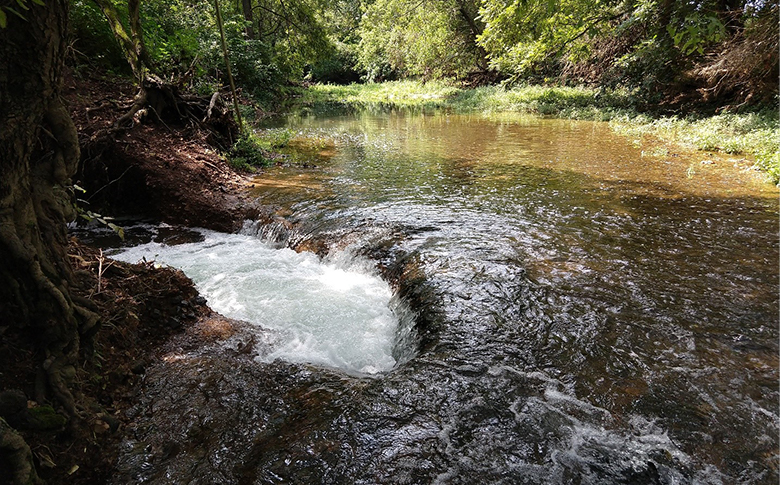 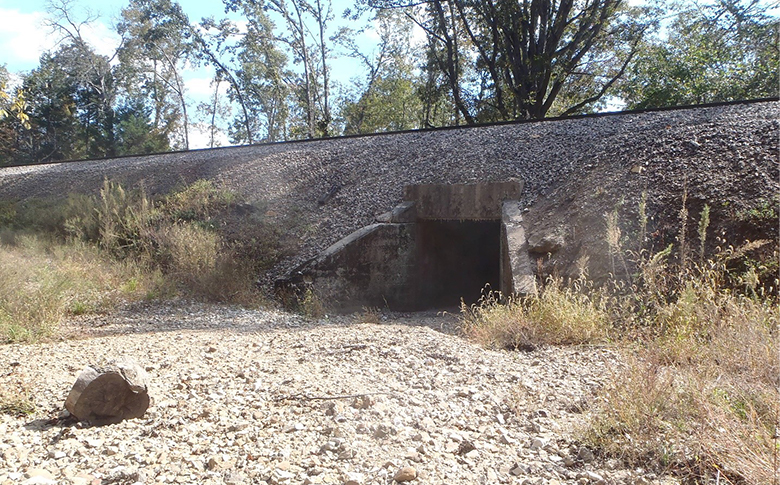 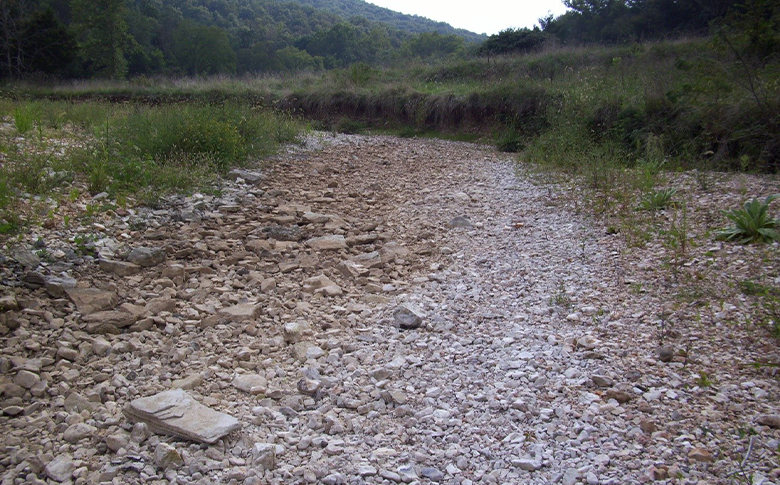 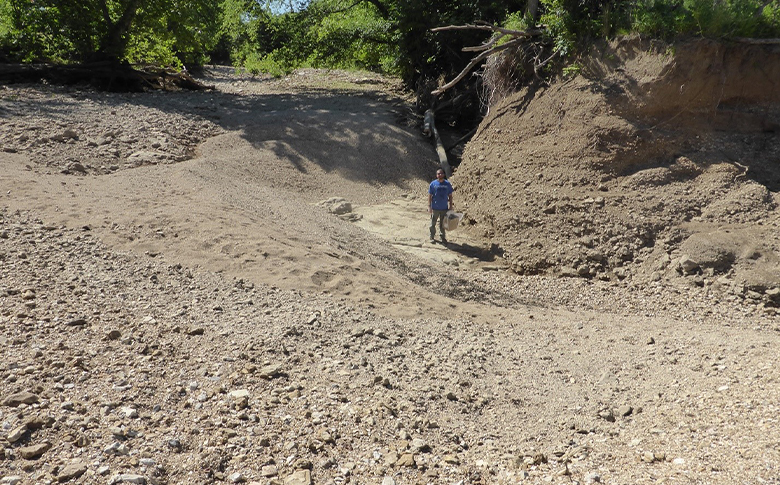 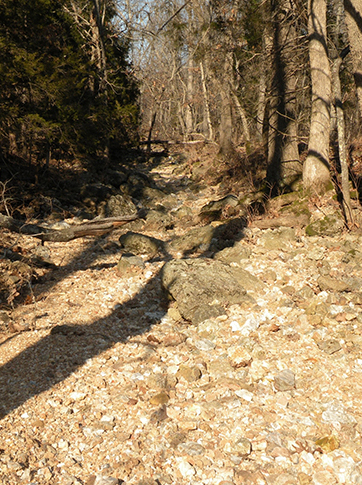 A losing stream is a stream or part of a stream where a significant amount of its water (at least 30% during dry conditions) flows underground into a bedrock aquifer. These streams are found in multiple areas of the state where bedrock has been dissolved over time especially in areas with karst features such as sinkholes, caves and springs. 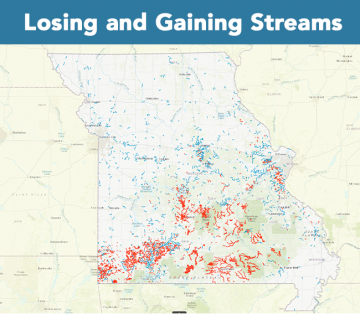 Water in a losing stream enters groundwater much faster than water seeping down through soil. Any contaminants in the stream water are more likely to end up in the groundwater. 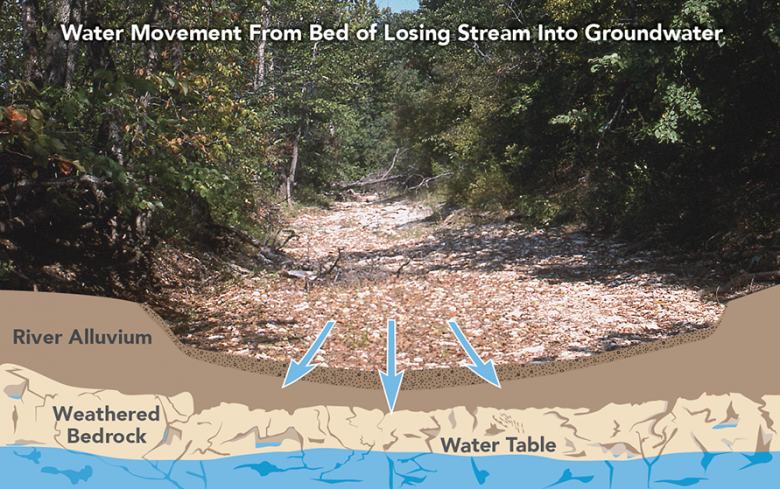 When groundwater contributes water into a streams, it is consider a gaining stream.