Other Critical Minerals in Missouri - PUB2912 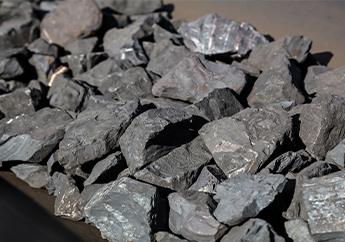 The strontium-bearing minerals celestite and strontianite are found as occurrences in water wells in eastern Missouri. Strontium may also be found with barite deposits.

All three elements are found in the Tri-State zinc-lead district. Germanium and gallium are found associated with sphalerite in the district; neither element has recorded production in Missouri. Minor indium was produced from the district.

Tungsten was produced in the Silver Mines area. The mineral wolframite ((Fe,Mn)WO4) was mined intermittently between 1916 and 1950. Total production was probably less than 18 tons of tungsten. Areas of known deposits are shown on the Locations of Critical Minerals and Potential in Missouri map.

These elements are found in minor amounts at the former Pea Ridge iron mine, and may be present in other Precambrian-hosted iron deposits.